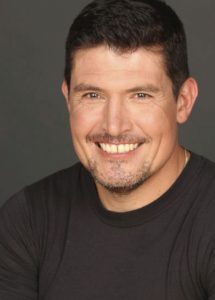 U.S. Army Ranger and CIA security contractor, author and motivational speaker, Paronto was part of the CIA annex security team during the 2012 terrorist attack on U.S. Ambassador to Libya Chris Stephens and the CIA compound in Benghazi.

He is featured in the book “13 Hours: The Inside Account of What Really Happened in Benghazi.”

For more information or tickets, go to:

Book Kris for an Event Speech Topics Contact Us